After reviewing public opinion research, public feedback from community outreach meetings, and the recommendations of a Citizen Task Force, the Board of Park Commissioners chose to place a downsized proposal on the March 20, 2018 ballot. To get from the original $24 million bond proposal to $17 million—which would lower the tax impact from an estimated $49.80 to $35.69 per year (or about $2.97 per month)—the proposal includes renovating, rather than replacing, the existing Ice Center, eliminating the proposed walk/jog track and children’s adventure play area from the Ice Center proposal, and removing improvements to Sleepy Hollow Park. Improvements to The Grove and the open space/land acquisition fund have remained intact.

As illustrated below, the total estimated cost of the two projects and the establishment of an open space fund is $33.1 million. However, to reduce the total bond ballot request to $17 million—and mitigate the tax impact above current levels—the District would use accumulated fund balances and other existing revenue streams to pay for 48.6% of the total cost. A scheduled tax reduction, due to a previous bond issue, would be postponed for an additional 15 years to help fund this new bond issue.
Essentially, the District would keep your current rate of taxes along with a $35.69 tax increase (per year)
for a $500,000 home by continuing your taxes beyond the end of a previous bond issue.

Not sure what you pay in taxes? Look up your bill with the Cook County Assessor property search.

Original proposal was downsized from $24 million to $17 million

Proposed improvements to The Grove remain the same

Existing ice center to be renovated rather than replaced

An open space fund remains part of the proposal

Sleepy Hollow Park improvements were eliminated from the proposal

Multiple sources of funding to be used

The park district is committed to providing ongoing project updates

More than 100,000 people-including more than 900 student groups-visit The Grove each year. A National Historic Landmark and Illinois Nature Preserve, the 145-acre site includes natural areas, historic buildings, the Interpretive Center and rental facility. The proposal calls for improvements to the entrance of the site and to the 29-year old Interpretive Center.

Proposed improvements to the entrance of The Grove, which would address safety and security issues, including separate pedestrian walkways, a wider entrance and driveway, right turning lane off Milwaukee Avenue, improved lighting and signage, a security gate and parking lot resurfacing. Appropriate sustainable best management practices would be employed, including the use of pervious pavement and related strategies. 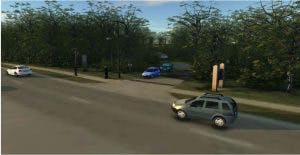 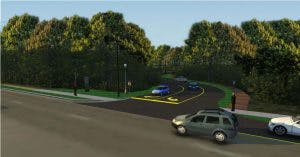 At the Interpretive Center, proposed improvements include replacing the outdated HVAC, alarm and filtration systems, ADA improvements, updating of exhibits to better meet the new curricula, and the addition of more exhibit space. After reviewing the results of the public opinion research and other community input, the Citizen Task Force did not recommend making any changes to this part of the proposal. 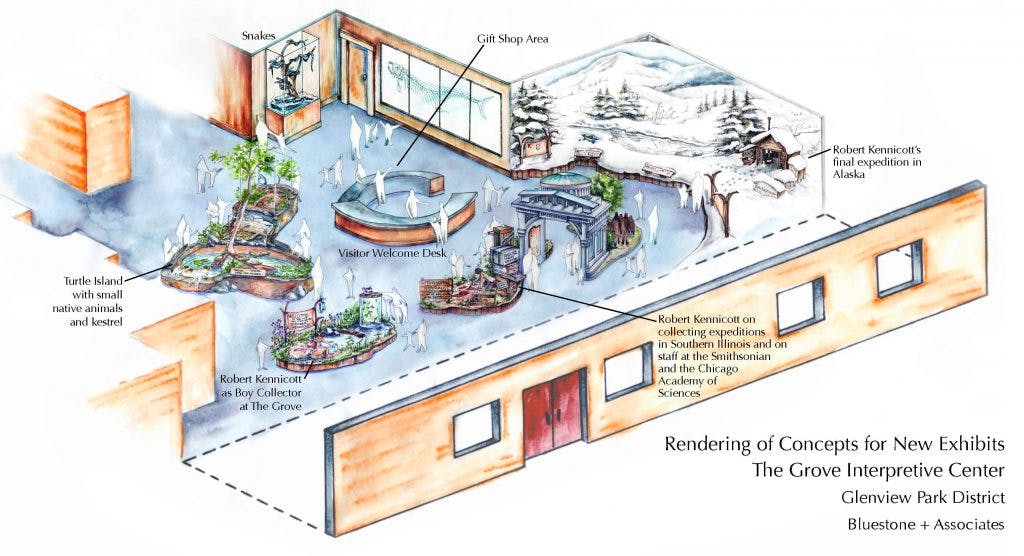 More than 164,000 people walk through the doors of the 44-year-old Ice Center each year, including residents participating in hockey programs, figure skating, public skate times, broomball, birthday parties, annual ice shows, tournaments and other events. The Ice Center is the second most frequented facility in the District, second only to Park Center.

The electrical system, plumbing, sewer lines, HVAC system, bleachers and fire suppression system at the Ice Center are outdated. The facility has many ADA accessibility issues and the interior is undersized and poorly configured, including the lobby, concessions area, pro shop, locker rooms, office space and storage. The envelope of the building is highly energy inefficient and leaks during rain events. Flooding also occurs at the front entrance. There are also many challenges outside the Ice Center, including deteriorated sidewalks and curbs, a lack of security lighting and the need for parking lot improvements. The current Ice Center is also at capacity when it comes to the availability of prime-time ice. Expanding existing programs and/or adding new programs is not possible.

The Park Board of Commissioners agreed with the Citizen Task Force with regard to renovating the existing Ice Center, rather than replacing the facility, as well as eliminating the walk/jog track and adventure play area to reduce the total size of the request.

The District is considering establishing a $1 million fund to leverage available grants and purchase open space in strategic locations that would allow the park district to expand recreation opportunities, expand green infrastructure or enhance stormwater management. Acquisition policies are in place to guide appropriate land acquisition decisions. These are rare instances when key properties adjacent to The Grove and other park locations become available.

After reviewing the results of the public opinion research and other community input, the Citizen Task Force did not recommend making any changes to this part of the proposal. The Park Board of Commissioners agreed with this recommendation.

The District recruited a 28-member Citizen Task Force comprised of business and civic leaders, parents of past and present users of the facilities, and other stakeholders to evaluate the District’s proposed projects and funding options. After reviewing public feedback gathered through community opinion research, community information meetings and other outreach efforts, the Task Force developed final recommendations that were presented to the Board of Park Commissioners at a Finance Committee Meeting on November 28, 2017. Below are links to presentations and other information.