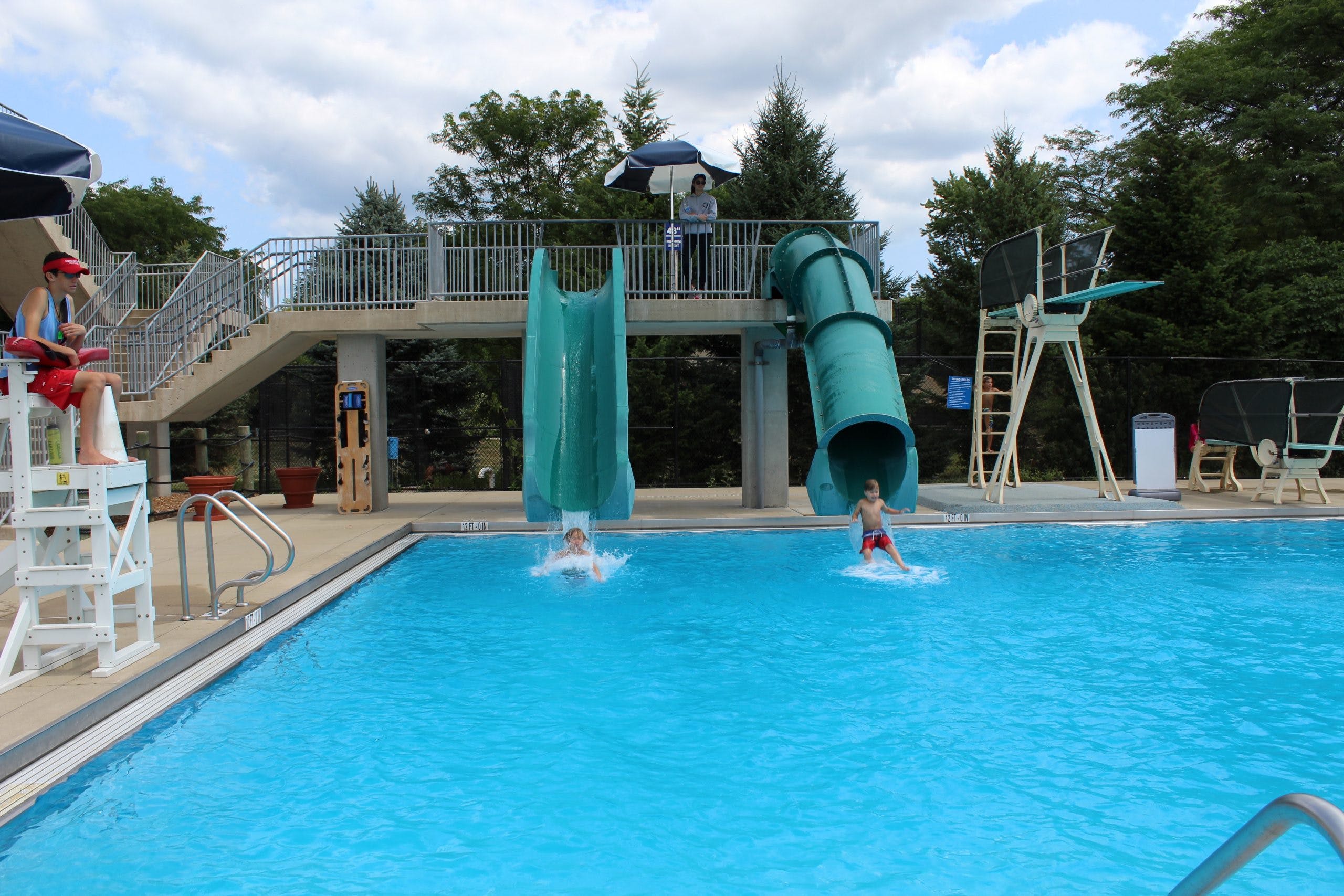 Flick Park fieldhouse can be rented for events and gatherings and can accommodate up to 30 people, with a picnic area for up to 100.

Up to 4 outdoor volleyball courts are available seasonally.

One full court for basketball.

Dogs on leashes are permitted in Flick Park.

Capacity to host up to 30 people.

The Flick Park Ice Skating Rink is lighted for evening activities and closes nightly at 10 p.m. during the winter season. Visit our Weather Cancellations page to learn the activity status or call the Rainout Line at 847-724-3337 and enter ext. 26 for automated updates.

Sledding is permitted when snow is considered by the park district to be deep enough. The sled hill is lighted for evening activities and closes nightly at 10 p.m. during the winter season. Visit our Weather Cancellations page to learn the activity status or call the Rainout Line at 847-724-3337 and enter ext. 24 for automated updates.

An outdoor sled hill is also located at Johns Park.

In March of 1962, a bond issue of $685,000 was approved for purposes of park development.  A portion of these funds made possible the complete development of Flick Park including the addition of a field house (1963) and construction of the park district’s second outdoor pool (see below) which opened in June 1963.

In 1970, a general obligation bond issue of $214,000 was passed, a portion of which paid for sports lighting of Flick Park.

In 1971, another general obligation bond issue of $140,000 was approved. These funds added tennis courts to Flick Park.

In 1973, the park district leased an unused future school site of 11.6 acres on the south side of Flick Park from School District 34. In 1976, this site was made available to the community for gardening activities. In 1985, the community gardening program was discontinued when the lease agreement with School District 34 was modified to allow additional recreational use of that property.

In 1986, nurseryman and Glenview resident Ralph Synnestvedt, Jr. sold the park district 7.9 acres located between the leased school district property and Glenview Road. This $490,000 purchase was paid for with non-referendum general obligation bonds. The parcel included the Synnestvedt Arboretum that contains over 90 species of plants, some of which were developed by Ralph Synnestvedt himself. Part of the purchase agreement stated that the mini arboretum and approximately 40 shade trees, located just west of the entrance to Flick Park would be cared for and remain on site. With District 34’s 11.6 acres and the 7.9 acre Synnestvedt parcel added to Flick’s existing 19 acres, Flick Park became the Glenview Park District’s largest park site at 39 acres. This additional acreage made possible the addition of soccer fields, a second playground, a picnic shelter and an entrance to the park from Glenview Road which were completed in 1988.

In 1994-95, sections of Flick Park renovated as part of the park district’s capital replacement program.

In June 1996, new playground equipment was installed at the playground near the southern entrance to Flick Park. The equipment and labor to install it were donated by Saturn of Glenview as part of Saturn’s Build a Kids Kingdom program. The cooperative two-day installation effort using volunteers from Saturn and the Glenview community culminated in a special celebration event featuring music and a community picnic.

In 2000, renovations to the playground near the field house at Flick Park were completed as part of the park district’s capital replacement program.