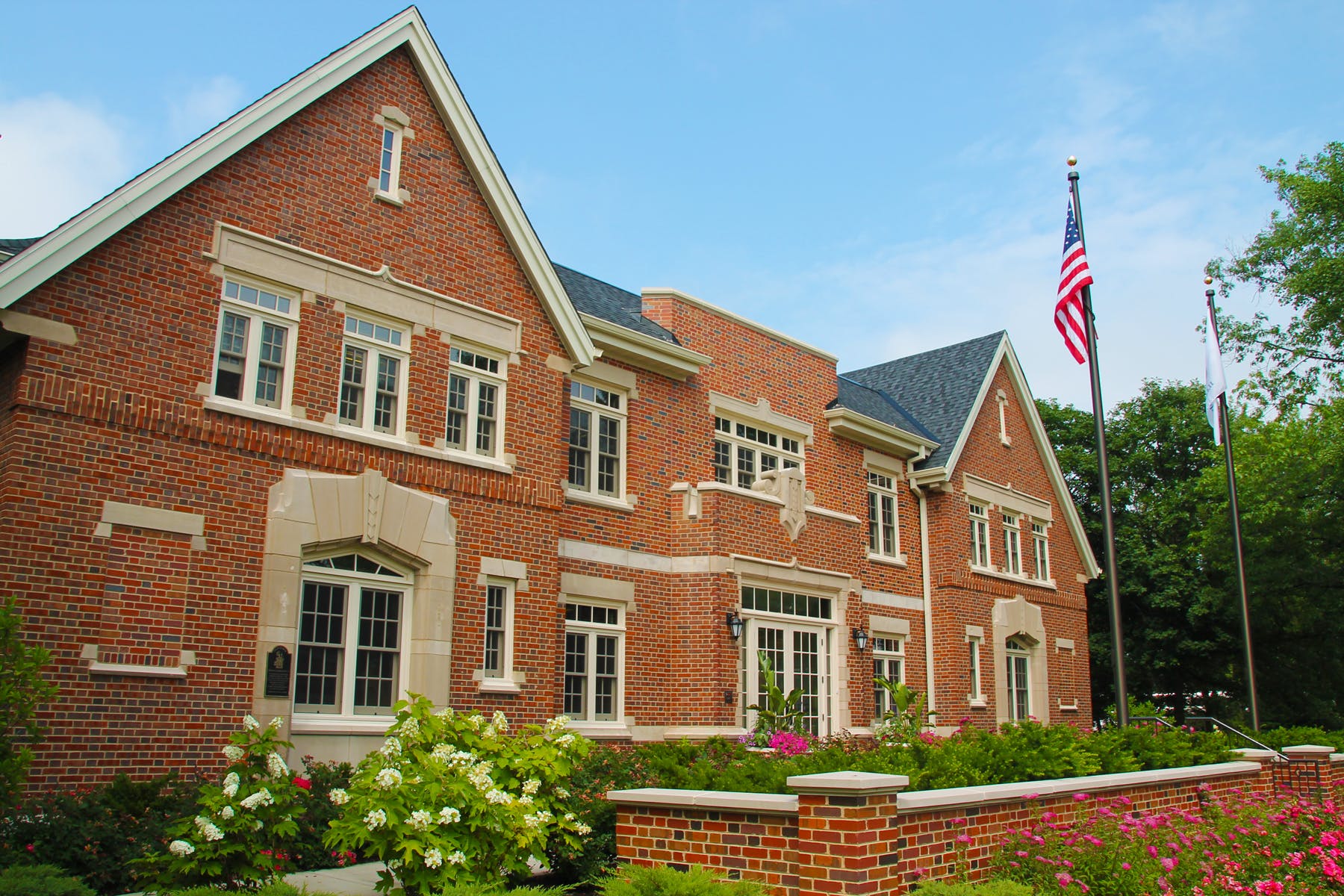 Dogs on leashes are permitted in the park.

Jackman Park is in the center of downtown Glenview, across from the train station, and on nice days, is a gathering spot for families with young children. In the summer, there are often events at the adjacent gazebo.

The first park site acquired by the Glenview Park District was located at 1930 Prairie Street where the combined Village Hall and Public Library had been built in 1929. This land had been purchased by the then-named Civic Association (later known as the Glenview Days Community Association) and then deeded to the Village of Glenview. The Village, in turn, leased this property to the park district in 1928 under a 99 year lease. In September of 1929, the park district purchased the adjacent, northern 1.9 acres and the property was named Jackman Park, after Edwin Jackman, who donated the “Jackman Children’s Fountain” which had stood in that location since 1923 when it was moved there from its original location near River Drive.

Notable improvements to this property include the addition of a tot lot as well as the construction of a gazebo/band shell for community concerts and activities. The cost of the gazebo, which was added in 1988, was financed with funds from Charles Swenson, a Glenview resident who had left $1.3 million, approximately one-third of his estate, to the park district.

In 1998, the Jackman Bear Fountain, which dated back to 1917, had seriously deteriorated and was in need of repair. Funded by the Glenview Park Foundation, the fountain was recast and restored to its original condition and relocated to the corner of Lehigh and Prairie in a new Centennial Plaza which was dedicated in 1999 as part of Glenview’s Centennial Celebration.

In 2000, a major playground renovation was undertaken to add seating areas and install additional play equipment in the park